Diana Vreeland is one of the greatest fashion influencers of all time and anyone who knows a thing or two about fashion is exhilarated only by hearing her name. While I was reading “Empress of Fashion. A life of Diana Vreeland” by Amanda Mackenzie Stuart, I thought to celebrate her with a styling tip material that I hope to develop as a new section on the blog.
As an insight about the book, I can tell you it is very inspirational, full of fashion history facts and style icon names from the 20s until the 80s. You wouldn’t believe how many things that we consider wow! today, Diana – Dee-ana – was already doing back in the 60s – from changing designer’s clothes so that they would fit in the magazine to mixing vintage! with new pieces, from discovering new faces [Lauren Bacall, Lauren Hutton, Jane Shrimpton, etc] to introducing the first Afro-American woman into a fashion editorial. [Donyale Luna] 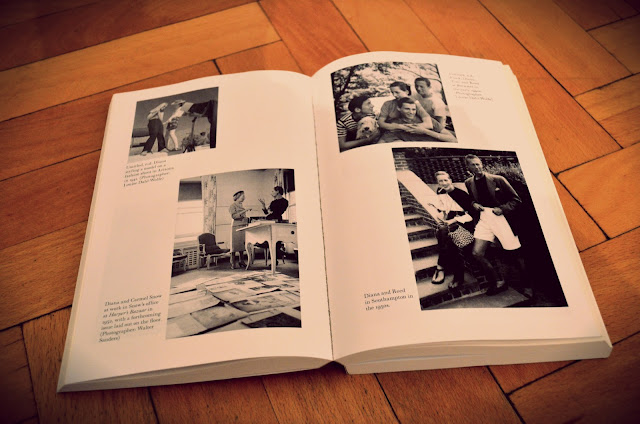 The book only shows a small number of photos. That’s why I advise you to read the book with your laptop close and your internet on. And be prepared to give in to Diana’s infinite imagination! 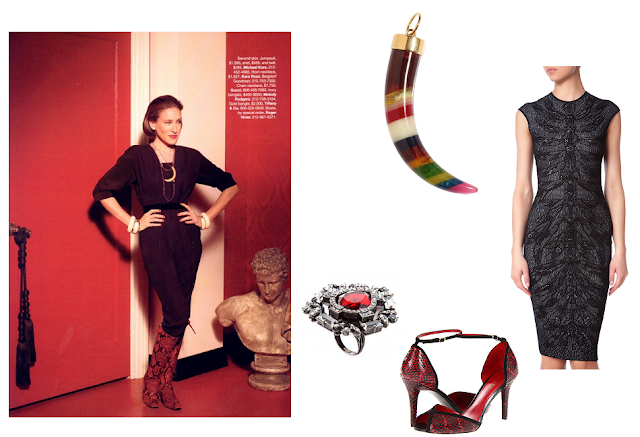 Remember Sarah Jessica Parker impersonating Diana Vreeland in Harper’s Bazaar UK March 2009 issue? She was perfect for the role and here is one of my favorite photos from the photo-shoot taken by Peter Lindbergh.

As for Diana’s style – she was mostly seen wearing black, but she always added some supersonic statement accessories. She had really small feet and had all her shoes polished – even on the soles – she was always impeccable and a bit stiff. But most of all, she stand out in the way she behaved, always with perfect manners, and the way she expressed herself, with a rich, a bit romantic language, describing things in such an original way – giving a glimpse inside her magical world.

“In this stillness, it is possible to hear things that are lost in the crowded, clamorous rooms; and to feel and know other things that are unheard… Above all, it’s possible to hear the often-disregarded voice of what you yourself think. And if any New Year’s resolve is to be made, it might be to listen oftener to this voice – to be true first of all to this person: YOURSELF. “

“The only real elegance is in the mind; if you’ve got that, the rest really comes from it.”

“You don’t have to be born beautiful to be wildly attractive.”

“Exaggeration is my only reality.”

“The body must stay fit. Fit people like themselves much better.”

“What sells is hope.”

“A new dress doesn’t get you anywhere; it’s the life you’re living in the dress, and the sort of life you had lived before, and what you will do in it later.”

“Too much good taste can be boring.”
“The first rule that a geisha is taught, at the age of nine, is to be charming to other women…Every girl in the world should have geisha training.”